Turn off Computer without Doing a Shutdown – with Power Off Button

Previously, we used to encounter many incidences where many system users were almost accustomed to never turning off their PC. And they never used to press the power button on their desktops. This always caused issues in the previous era of computers. But now, it is very much safe to shut down your PC directly using the power button. And this feature is specifically useful in the MS Windows 8 machines. Where there is no such obviously visible power button unless and until the users know to look into it in the charms bar or the unseen Windows Key+X menu. However, there does exist a power button; and that is in the system’s case.

Why Was This Not the Case in Old Computer Systems?

Users of Windows 95 old computers probably still remember the plight of turning off their PCs. The opening of the Start menu, and then click Shut Down and then waiting very patiently for the system to finally finish up what it is doing. And when the system used to be ready for the shutdown, it would flash a message stating that now it is safe to turn off the computer, on your system screen, and then you would be pressing that power button for shutting the system down. These power buttons were not used to be very smart in those previous PC days. Whenever you pressed them, they immediately used to cut the power to your system’s hardware. This sudden power cut would mean that the system will not shut down in a clean way.

Yes, it may create issues due to improper logoff, which can have an adverse result on our operating system. There are chances of corruption on the hard disk drive on the computer. You are even likely to lose your work, and the file system is also in danger of getting damaged/corrupt. If you performed this on your MS Windows 95 machine, then your system would need to run the ScanDisk command while booting it back, and then try to repair that damage, which had been caused due to this shutdown. On clicking Shut Down in MS Windows first, the Windows OS would wrap up every operation that it was performing, and thus close all the programs that were open and then store all the data to your hard disk. The system was not performing any operation when this message has appeared on the screen, thus it was quite safe for cutting down the power to it.

How Is It Safe to Turn off Windows Computers Now without Doing a Shutdown?

The previous era’s computer systems were somewhat of low-tech solutions. However, now, with ACPI (i.e. the Advanced Configuration & Power Interface) standard, used now by the new generation computer systems; whenever a user presses the power button on his machine, then it does not cut the power all of a sudden; rather it sends a signal to the user’s OS and then tells that for performing the shutdown. The OS can even understand more than one type of these ACPI signals, and this is how some laptops today can have separate buttons for power & sleep modes. Also, when the user clicks for the Shutdown in MS Windows, then it makes use of this ACPI for sending a signal to his system’s hardware, which instructs it to cut the power off so that the user does not have to press the power button manually using his hand. 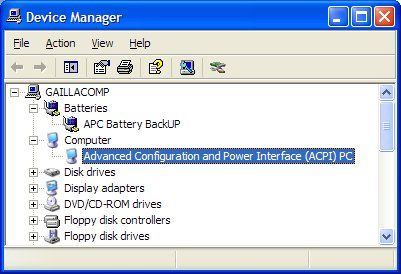 Explaining in simple words, the systems’ power buttons are now very smart for doing the right thing. A user can now just click the power button on his case for shutting down. Also, one must have in mind that these power buttons can be easily configured for doing multiple operations so that the user can have his computer shut down or sleep or even hibernate whenever he presses this power button. The MS Windows 98 OS machine had introduced the ACPI support, but this required proper hardware at that time. If a user installs some modern Windows OS version on some old hardware, then he will still view that shutdown message (as in the previous computers) and also might have to manually press his power button. 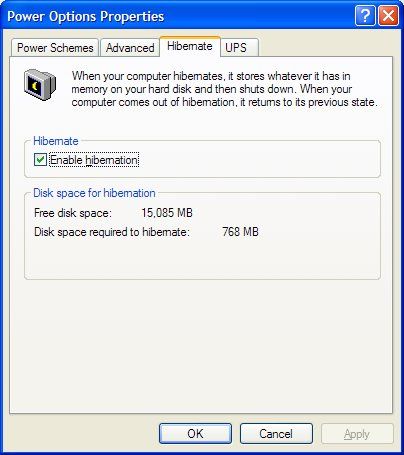 Microsoft Windows and other OS versions allow the users for customizing the process that happens by pressing the power button on their machines. If the user always wants to shut down his PC, he can always do that; or maybe he can also have his system enter into hibernation mode whenever he presses the power button. The choice lies solely up to the user!

The potential hard drive may get corrupted due to turning off a Computer without Doing a shutdown. The HDD failure may take place in many data loss problems, installed applications, important documents, pictures, video, emails, and other essential data will damage. Therefore, it is highly recommended Hard Drive Data Recovery Software helps to recover permanently deleted files from hard drive. They help you to backup any partition including the computer system partition & recover any pictures, files & entire hard disk drive, etc.

In the above write up we have explained Turn off Computer without Doing a Shutdown. Here, we have explained is safe or not and the difference between shutting down and hibernating. If you lose your data from a hard drive then try an automated solution to recover deleted files from Seagate’s external hard drive.