These days, many people are enjoying great benefits of Blackberry Smartphone. Watching favorite movies, every now and then making videos, reading eBooks as well as handling documents; everything can now be done using this Smartphone and we do not need to rely on computer systems, because Blackberry meets our needs completely. On the flip side, however, along with this utter convenience it offers, with Smartphones like Blackberry, it is also easy to make mistakes as well through careless operations. Sometimes, some users tend to press the wrong buttons or options for deleting. Some users even format data without keeping its backup copy or copies. Choose “Wipe” option in the Blackberry Smartphone returns you to its factory setting, but with good solutions, one can recover the data back. 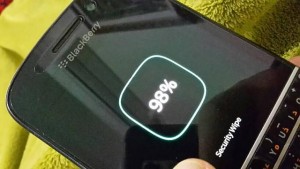 Last week, my favorite Blackberry Smartphone, I performed some security wipe after having prepared the phone data backup at some other place as well. But, the next day, while trying to check the phone messages, saves songs, other documents, photos as well as my file backups in my phone, I discovered that I had failed to perform the backup operation that time. I did not copy anything original from that backup stored inside a USB flash drive. Now I want to know that how to recover data from Blackberry after wipe? I am wondering it at all such a thing is possible or not to recover data from blackberry internal memory?

The first thing that came to my mind after such a mishap happened was of taking my Blackberry phone to its service center for restoring data, but giving it a second thought, I realized that it would be costly affair and would cost me a large sum of money. Alternatively, I started searching for other recover options from search engines, but multiple divergent views and reviews confused me totally. Another common folly most Blackberry users tend to make is to make the worst ever choice of putting their new data into their Smartphone irrespective of those lost data files, because the data that was lost due to wipe would get overwritten in this process by these new data files, which decreases the chances of recovery further.

How Blackberry Data Gets Wiped? 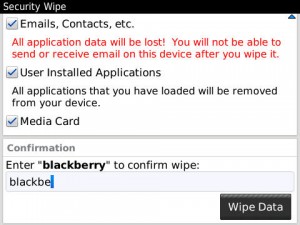 Mostly, users wipe Blackberry without keeping the backup copies of their phone contacts, and other data and information, etc. They usually work on their phone with the assumption that their data now cannot be recovered as those data files have now been permanently erased, which further complicate the issue. As a matter of fact, the files that got lost are marked as the free space waiting to be overwritten. So, if any user wishes get that data back, he/she should not put any of the new data files into his phone, to avoid failure of recovery of data. So, when such a thing happens, one much never rush towards rewriting the phone data with any new files. And after that, the user must connect his phone to his computer system with some USB cable in working condition and start blackberry phone data recovery. 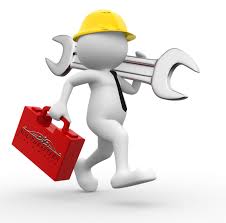 It is indeed possible to recover deleted data and files from Blackberry phones after this security wipe. This Blackberry wipe often delete the data permanently, which might have been stored on the phone, including pictures, video files, some documents, several songs, various games, other applications, phone contacts and other such contents. However, this does not imply that a user’s original Blackberry data and information has really got lost permanently in theory after this security wipe. Therefore, a user can simply start his recovery utility on his machine, and perform the deep scan of this Smartphone there only to retrieve all possibly recoverable data and contents back.