Judy Malware Protection – How to Secure From Harmful Malware Attack

The World is still recovering from WannaCry Ransomware attack, another malware, i.e. Judy Malware has been hitting various Android devices for the illegal financial gains. However, there is still a wide gap between being aware of Judy malware attack and being its victim.

So what exactly is Judy Malware?

Judy Malware is a term used to define a criminal act of scattering a malware that captures the victim’s device. As the whole ecosystem of smartphone OS is built around creating advertising revenues and OS grants applications with some privileges to display these advertisements. However, the technological advancement has also taken place with time leading to diverse strategies, which are adapted for spread of this malware.

Defeating an Attack of Judy Malware 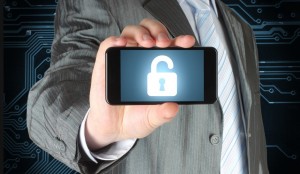 Can you ever recover from Judy Malware attack?

Then, answer this often asked question is ‘Yes’, but with some of the applied conditions. Cybercrime is one of the most common in the present arena and it is almost next to the impossible for one to keep on unaffected by its damage for a long time. Therefore, retrieving the data from such condition becomes an important demand by end users.

However, retrieving from damage does not essentially demand you to break from it. It could also be, relying on the preventative measures, which were taken previously.

Conditions: The work continuity plans always prove to be useful when conditions like catastrophic as this has taken place. Backup is the key to retrieve from ransomware attack. Therefore, while asking how to retrieve data from Judy Malware Android attack, you have the answer with you in advance. The following segment comes up with the information related to the plans to recover from Judy Adware attack:

How Does Judy Malware Attack Work?

Once any of the application is downloaded from Google’s play store then, it manages to have the connection with C&C (Control and Command server) that delivers the real malicious payload. This covers up the JavaScript code and all the string of user-agent and URLs are controlled via the author of malware. C&C servers communicate to malicious Android applications over onion protocols.

All these URLs pen on the directed website and the code comes under the usage to click on banners from Google Ad tech. Every click means a payment for the inventor of malware from the developer of the website. It treasures ads by simply looking for iframes that have advertisements from Google advertisement infrastructure. The Judy adware shows that even the Google play store inclines to miss malware at times.

Prevention is Always Better than Cure 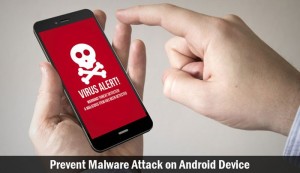 Anyone would wish to have an answer instead of looking for it everywhere. Hence, practices of work continuity planning are the best over researching solutions to recover from Judy Malware apps. The significances of this attack are insuperable unless a backup is there.

What if you are not having the Mobile Data Backup?

Findings of the Study

Judy Malware can only be harmful you let it be. As you follow the recommended backup practices then, Judy Adware cannot affect you. Traces of the malware, which infects your mobile data during the attack, are wiped clean. The impression behind this is to mark the technology behind the malware, private from investigators. Thus, as a result, the significances of such an attack remain unavoidable unless data backup is involved.